info@cantwellcf.ie
We advise owners on how to maximise cash flows in their business and increase shareholder value.
September 30, 2022

Revenue is plotting a crackdown on shareholders of private companies who undervalue their stakes in tax returns.

The rules on valuation apply to all unquoted companies – whether it is a large entity operating on a grey market, or a local sweetshop owned by a company.

Without an open market, one senior accounting industry source said valuing the shares is an art rather than an exact science.

The tax authority is now looking to establish a panel of experts to help it “enhance” its capabilities in assigning values to so-called “unquoted shares”, stakes held in unlisted companies.

“To assist in the full and proper application of the various taxation codes, particularly with regard to the market valuations of private companies, Revenue is seeking to enhance its valuation service in respect of all forms of unquoted shares,” it says in a tender document seeking expressions of interest.

“Revenue is forming a panel of suitably qualified share-valuers. Revenue will select valuers from this panel as required to provide Revenue with independent expert advice in relation to the valuation of unquoted shares,” the document says.

One area where valuations of shares in private companies matter is capital acquisitions tax; for example, when a person inherits a stake in a family business.

Submitting a value for those shares to the taxman is up to each individual, but Revenue has traditionally carried out audits to ensure valuations reflect reality.

It has said the audits are designed to “deter evasion and avoidance by detecting under-valuations and taking appropriate action”.

Multiple factors will be considered in valuations, including whether the shares are part of a majority or minority stake (a reflection of how much influence the shares will have), the profitability of a business, and its future prospects.

A Revenue spokesman said: “It is prudent that Revenue has access to independent valuers for various assets (such as property or shares), so that tax implications of those assets can be assessed correctly. For example, the sale of an asset will potentially raise a Capital Gains Tax liability based on the value of that asset. These panels have been in place for many years, and are refreshed annually.”

The spokesman said the valuers’ role will include providing evidence on Revenue’s behalf before courts and arbitration hearings.

In results for 2018 published earlier this year, Revenue chairman Niall Cody said there had been “continued strong levels of timely, voluntary compliance by taxpayers”.

“The vast majority of individuals and businesses pay the right amount of tax, on time. We support voluntary compliance by making it as easy as possible, and we are focused on optimising our service to taxpayers,” Mr Cody said.

We recently advised the on the acquisition of Snugborough Windfarm from the Wirefox Group as reported in The Times on 27 January 2019. The consideration was not disclosed.

A Co Cavan wind farm that was formerly owned by Seán Quinn Jr has been bought by a Cavan-based energy group in a deal worth about €15m.

Optinergy has acquired the 13.5MW Snugborough wind farm from Wirefox Capital, an investment group owned by the Belfast-based Eastwood family. Wirefox bought the wind farm in 2015 for less than €8m in the break-up of the former Quinn Group.

Based near Cavan town, Optinergy is run by Aiden Watters, a former executive with General Electric. The deal was backed with funding from Close Brothers Leasing, an asset finance group based in Manchester, according to Companies Office filings.

Optinergy did not respond to requests for comment last week. 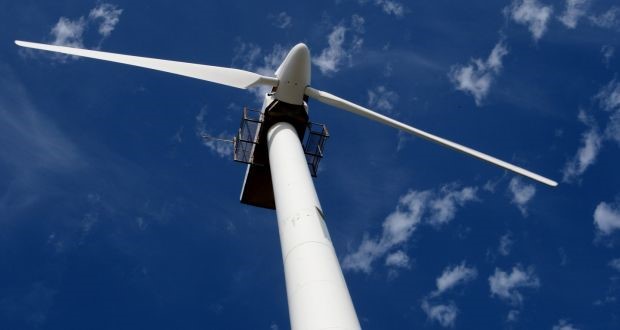 Fifty new jobs have been announced as Optinergy, the Irish-owned service provider in windfarm operation and maintenance.

The newly expanded operation will create an additional 50 jobs over the next 5 years for engineers and advanced trades people in rural Ireland.

The acquisition will enhance Optinergy’s position as the largest wind independent service provider in the Irish market, delivering additional €5 million revenue for Optinergy over the next 5 years.

The company is heaquartered in Stradone, Co. Cavan with sub offices in Letterkenny, Sligo, Tullamore, Tralee and Skibbereen.

Optinergy specialises in the provision of O&M services to the wind industry, both on the island of Ireland and throughout Europe, and is part of the Galetech Energy Developments Group Ltd.

“The jobs which we are announcing today are mainly for engineers and advanced trades people. To date, this work has often been carried out by international companies, coming to Ireland on a project by project basis. We are delighted to be building a business which can provide jobs locally, across Ireland, and can compete in an international market,” he said.